The Last Roman Campaign Pack is the 5th DLC for Total War Attila, coming after Viking Forefathers Culture Pack (which also acts as pre-order bonus), Celts Culture Pack, Longbeards Culture Pack and also the graphical pack DLC Blood & Burning. It's expected be be live on 25th (or 26th depending on where you are) June 2015 base on the date the promotional 10% discount ends.

You can pre-purchase now via Steam or from SEGA Digital Store though you can probably get some better deals from various online Steam key re-sellers. Just remember that many Steam games and their downloadable contents are region restricted so you may want to check from where you purchase them to avoid the keys you have purchased from becoming just a digital trash. 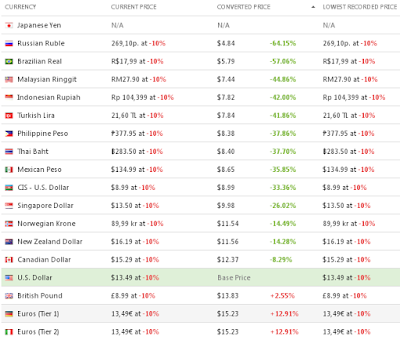 This is the first mini campaign (and maybe the last) DLC for Attila featuring the campaign of Flavius Belisarius, a Roman general who served under the Emperor Justinian on his ambitious military campaigns to reconquer the lost Mediterranean territory of the former Western Roman Empire. My guess the DLC will feature much of Italy and western Europe since the historical Belisarius early campaigns was against Vandals in the North Africa and then the Ostrogothic Kingdom in Italy.

Creative Assembly has also released a new Rally Point which also includes interviews with developers and most importantly for me is this announcement below.

"In this new Rally Point, we announce a brand new Total War Campaign Pack! Also we have an ace interview with Mike Simpson, Creative Director on Total War, about the original Medieval and Shogun games, which are going to be heading to Steam. "


Obviously those two games are what hooked me up with the Total War series and the only way I can play them right now is to fire up my old Windows XP rig and provided that I can find where I put the CDs.

To be honest, I am more excited to hear about Shogun Total War and Medieval Total War coming to Steam than this new DLC since I am only in my second campaign in Attila as the Picts (the fist completed campaign was as the Jutes). I'm sure I will get it sometimes in the future, maybe when there's 75% off Steam during Winter/Christmas sales later this year !